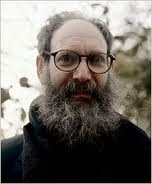 “There’s no point to a trimmed and well-groomed beard, which resembles exactly the sort of suburban lawn that often led to the growing of the beard in the first place. (That’s why my hero among this year’s pennant-winning crop is Mike Napoli, whose dense and colorful beard is as gonzo as his all-or-nothing, free-swinging style at the plate.) One of the beauties of the beard is that its lushness is polysemic, lending itself to an interpretive exuberance to match its flow.

“A beard is a celebration of nature that brings appearance closer to that of untamed human animals—a Rousseau-esque gesture that was crucial to the age of Aquarius, a time when long-established norms of behavior collapsed and made public life a clearer expression of formerly unspeakable private desires. By contrast, the shaven and crew-cut athlete suggests a martial fury that is joyless—a grim, self-denying efficiency that may work in war but is exactly the opposite of the essence of baseball, which, for all its competitive ardor, is playtime.” – New Yorker columnist Richard Brody, writing about the world champion Boston Red Sox.