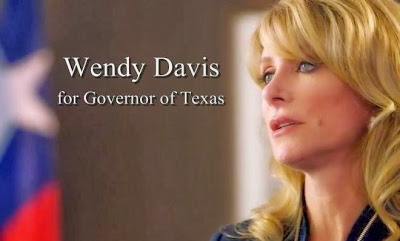 Next week Texas state Sen. Wendy Davis, who catapulted to national fame for her marathon filibuster of an anti-abortion bill, will formally announce to her bid to run for governor.

Ms. Davis’s decision has the potential to turn the race to determine Gov. Rick Perry’s successor into a rare competitive showdown between long-suffering Texas Democrats and the Republican conservatives who have ruled state politics for decades. She would enter the race as a substantial underdog, but her candidacy would represent the most serious challenge to the Republican lock on the office. Two Republicans, Mr. Perry and George W. Bush, have held the office since the party began its winning streak in governor’s races in 1994, with Mr. Bush’s victory over the incumbent, Ann W. Richards.

Yesterday Davis tweeted: “A week from today, I’m announcing something big. Can you chip in now to show the strength of our grassroots network?”