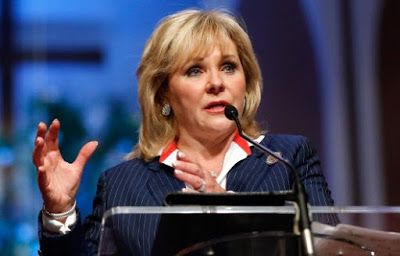 Fallin spokesman Alex Weintz said the governor was following the wish of Oklahoma voters, who approved a constitutional amendment in 2004 that prohibits giving benefits of marriage to gay couples. “Because of that prohibition, Gov. Fallin’s general counsel has advised the National Guard not to process requests for benefits of same-sex couples,” Weintz said. “Gay couples that have been legally married in other states will be advised they can apply for those benefits on federal facilities, such as Tinker Air Force Base, rather than state run facilities.” After the U.S. Department of Defense began allowing same-sex couples to apply for identification cards and benefits, National Guard officials in Texas, Mississippi and Louisiana said they would refuse to process the applications. Like Oklahoma, all three states have gay-marriage bans and are led by socially conservative Republican governors.

A spokesman for the Oklahoma National Guard says that they will now direct applicants to nearby federal facilities. He adds, “We want our soldiers to have all the benefits to which they’re entitled to.”