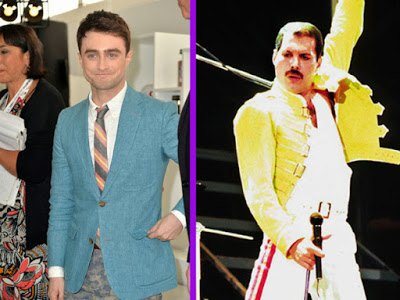 Daniel Radcliffe is the latest name in the frame for the planned film biopic of the late Queen singer Freddie Mercury, it has been reported. The Daily Star claimed a source told the paper: “Daniel has been told the part is his if he wants it.” Radcliffe’s possible casting follows the news in July that original star Sacha Baron Cohen pulled out of the project, citing a clash between his desire to make a “racy” biopic in contrast to Mercury’s erstwhile bandmates, who are said to want a more “family-friendly” approach.

Others that have been suggested for the role include Hugh Jackman, Adam Lambert, Russell Brand, Ewan McGregor and James Franco. But Johnny Depp is said to be the favorite of the bookies who take bets on these sorts of things.