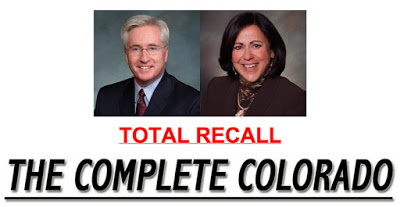 The teabag-o-sphere is doing cartwheels this morning over the successful recall of two prominent Colorado legislators who had backed gun control bills.

The election, which came five months after the United States Senate defeated several gun restrictions, handed another loss to gun-control supporters. It also gave moderate lawmakers across the country a warning about the political risks of voting for tougher gun laws. The recall elections ousted two Democratic state senators, John Morse and Angela Giron, and replaced them with Republicans. Both defeats were painful for Democrats – Mr. Morse’s because he had been Senate president, and Ms. Giron’s because she represented a heavily Democratic, working-class slice of southern Colorado. In an emotional concession speech, Mr. Morse called the loss of his seat “purely symbolic” and defended the record of the last legislative session as “phenomenal.” “We made Colorado safer from gun violence,” he said afterward, as his supporters trickled away from a hotel ballroom here in his district. “If it cost me my political career, that’s a small price to pay.”