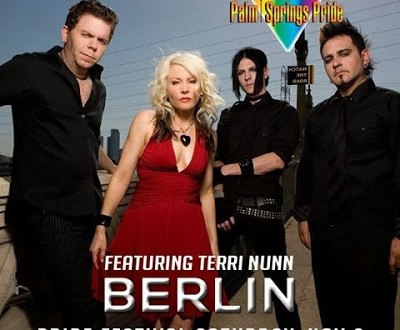 Somehow I’ve never seen Berlin, so I’m rather excited about this. Details are here. Trivia: Giorgio Moroder won one of his three Oscars for Berlin’s Take My Breath Away, which was on the Top Gun soundtrack. (His other two were for the score for Midnight Express and for Irene Cara’s title hit from Flashdance.) Here’s Berlin’s 1983 club smash.