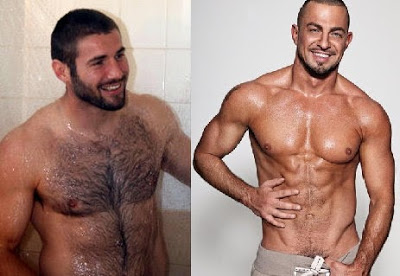 Ben Cohen has told the British press that he had been hoping to be paired with a male partner on Strictly Come Dancing.

The ex-England rugby star had hoped to be paired with pro Robin Windsor, but instead got stunning blonde Kristina Rihanoff. Married dad-of-two Ben, 34, who has posed naked for magazines, said: “I’ve no qualms dancing with a woman or a man. Kristina will be easier to pick up though.” Proud of being a gay ­pin-up, he added: “I like to break down stereotypes.” Robin, 33, said at last week’s National Lottery Stars awards: “He kept saying to me, ‘I hope they put me with you’, but it wasn’t to be. “He’s amazing, the things he has done for the gay ­community. I adore him.”

The show had its premiere last week but the competitions don’t begin until September 27th. (Via Towleroad)