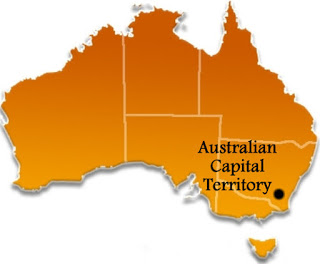 Australia’s equivalent of Washington, DC, the Capital Territory, is set to legalize same-sex marriage by the end of the year.

The Labor administration of the territory will put forward a bill that will enable gay marriage, following a decade-long attempt to legislate in the area. Seven years ago, the John Howard-led government used its federal powers to overturn an ACT move to allow same-sex civil unions. The ACT has since reinstated civil unions.  The legislation is set to be an early test for the prime minister elect, Tony Abbott, who has consistently opposed same-sex marriage but has held out the prospect of a vote on the issue at some time in the future. [Chief minister Kathy] Gallagher told Guardian Australia that she didn’t expect the Coalition to intervene to prevent gay marriage in the ACT. “We’ve been pretty clear on this issue for some time now and there’s overwhelming community support for this,” she said.

Gallagher added that she expects the ACT’s action to cause a domino effect across the country. The anti-gay Australian Christian Lobby reacted: “Mr Rudd’s bullying of Christian pastor Matt Prater on Q&A [in the week before the election] has caused many people to worry about freedom of speech and freedom of belief should the law on marriage be changed. There are many Australians who for reasons of conscience will always believe that marriage is between a man and a woman and will want to teach their children this.”

Previous TRAILER: August: Osage County
Next Pelosi: I Hope Putin Thinks Gays And Lesbians In Russia Are God’s Children Too