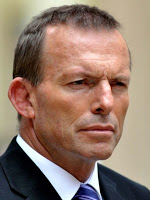 The same-sex marriage movement suffered a blow in Australia today when Tony Abbott was elected prime minister in a vote that news outlets are calling “decisive” and  “a landslide.”

Abbott, a former boxer, Rhodes scholar and trainee priest, promised to restore political stability, cut taxes and crack down on asylum seekers arriving by boat. But it was frustration with Labor’s leadership turmoil that cost the government dearly at the polls. Labor dumped Prime Minister Kevin Rudd in 2010, for Australia’s first female prime minister Julia Gillard, only to reinstate Rudd as leader in June 2013 in a desperate bid to stay in power. “This was an election that was lost by the government more than one that was won by the opposition,” former Labor prime minister Bob Hawke told Sky News. Election officials said with about 65 percent of the vote counted, Abbott’s Liberal-National Party coalition had won around 54 percent of the national vote, and projected it would win at least 77 seats in the 150-seat parliament.