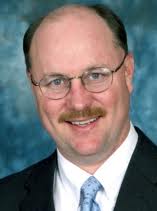 “I’m glad to report to you that we are suspending the boycott of Home Depot. After monitoring the company for several months, AFA is satisfied the company has withdrawn its major financial contributions to gay activist groups and events. I truly believe this is a direct result of your willingness to become involved. In fact, more than 750,000 people signed the Boycott Home Depot Pledge. Although Home Depot has made changes, we will continue to monitor their behavior. We suspect Home Depot will publicly deny having made changes, but their actions speak louder than words. Your AFA will continue to challenge major U.S. companies to remain neutral in the culture wars rather than to use their resources to promote anti-family issues. Thank you for standing with us. Our efforts are making a difference!” – American Family Association president Tim Wildmon, claiming victory despite the fact that Home Depot’s stock value has more than tripled since the start of their boycott and that they’ll “publicly deny” today’s claim. I’ll reach out to the company today and ask about this.

UPDATE: Zack Ford at Think Progress beat me to it and already has a statement from Home Depot:

“We haven’t made any changes to our policies for inclusion and respect of all people, regardless of their sexual orientation. We have not directed our associates to discontinue participation in Pride or other community events, and have no intention of doing so.”

I’ve got a call in to Home Depot’s media liaison and will update this post again if I get a response.

UPDATE II: I just got a call from Home Depot’s communications director, who didn’t have much more to offer than the above statement, but he was very friendly and direct in confirming what was said to Think Progress. I thanked him for company’s continuing support of our community.