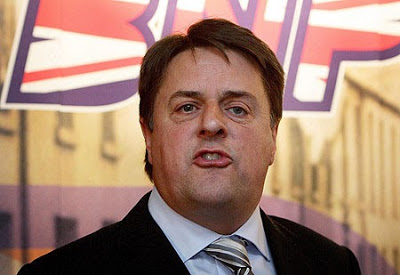 European Parliament member and far-right extremist Nick Griffin thinks Stephen Fry should “get over” his issues with Russia’s crackdown on LGBT people. Griffin, a Holocaust denier, is the head of the British National Party and has been convicted of inciting racial hatred.

RELATED: Last October, Griffin said gay people are “creepy” and that “children will die” because of civil partnerships. That same month he tweeted out the home address of a gay couple and warned them that a “justice team” of his followers would soon be at their door.