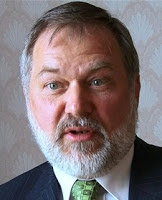 Scott Lively Has The Papal Sadz

“Clearly, Pope Francis is NOT endorsing homosexual conduct as so many in the liberal media have dishonestly claimed. He affirms the Catholic Catechism, which is explicit on that point. My concern is about his use of the phrases ‘a gay person’ and ‘the fact of that person being gay.’ Saying ‘a gay person,’ instead of “a person who struggles with homosexual temptation,” or ‘a person who defines himself as homosexual’ is on its face a major concession to sexual-orientation theory when used by a church leader about Christians. Further, in the context of the sentence, it implies a softening of church policy that those with a deep-seated homosexual identity, even if celibate, are unfit for the priesthood. If the pope has conceded that “gayness” is an acceptable basis for self-identity, that suggests he is willing to integrate people into the priesthood who define themselves by their sin, rather than as sinners washed and transformed by the blood of Christ.” – Hate group crackpot Scott Lively, writing for World Net Daily.

Previous Every Country In Four Minutes
Next FKA Twigs – Water Me