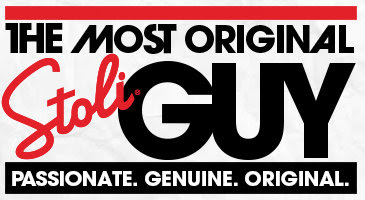 Just in from Gay Cities / Queerty:

In lieu of the national Stoli boycott by some in the LGBT community, GayCities has convinced SPI (Stoli’s parent company) to donate $5 for each person whom RSVP’s and attends The Most Original Stoli Guy Live in San Francisco, San Diego, Dallas and D.C. The participating charities include local chapters of Equality CA, Equality Texas and the HRC, all whom will be present at the events to accept the donation. GayCities is currently in discussions with SPI to select an international beneficiary that works directly in affecting change for LGBTs in Russia. The organization will be revealed live at The Most Original Stoli Guy finale, which GayCities will stream live from NYC this September.

RELATED: Two weeks ago members of ACT UP disrupted a Stoli Guy promotion at NYC’s now-closed Splash Bar in Chelsea.

UPDATE: Equality California denies participating in this promotion and says they never even responded to the publicist who sent the above press release. I’m waiting on a response from the Human Rights Campaign.

UPDATE II: “The Human Rights Campaign is not participating in The Most Original Stoli Guy events and is not accepting any donations related to these events or otherwise from Stoli. The press release indicating our participation was flat out wrong and the event organizers have unfortunately not provided any information to substantiate their claim.”

UPDATE III: From the comments of this post: “Equality Texas does not have any relationship with Stoli Vodka or
GayCities. We do not have local chapters, and we have no involvement in
the Dallas event planned for August 17th. Equality Texas would not
accept donations from Stoli.”

Previous Soccer Association Demands Clarification From Russia Regarding 2018 World Cup
Next Russian State TV Host: Gay Bashing Victims Only Bring It Upon Themselves