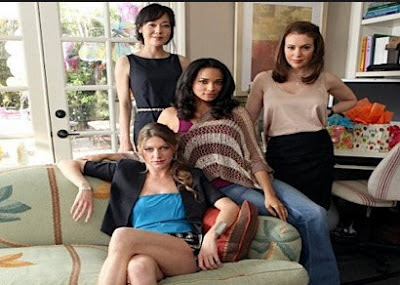 One Million Moms Vs Mistresses

“Dear Joe, Keep up the great work! Almost every single sponsor that One Million
Moms contacted in our previous campaign decided to no longer sponsor Mistresses. Their ads were not present in the last episode. The most recent episode included a scene at a strip club where three
people leave hand-in-hand, one a dancer, insinuating a three-some. The
episode ends with a graphic s*x scene. All this aired before 10:00 pm in
the Central Time Zone. ABC has sunk to an all time low with this program Mistresses. ABC is
making a trend out of selling infidelity as normal. Hollywood continually
pushes casual s*x with multiple partners as acceptable behavior. One
Million Moms is determined to clean up broadcast airwaves, but we need your
help!” – Monica Cole, via email.