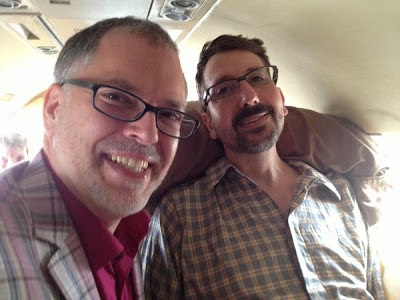 Yesterday an Ohio judge extended his order that prevents local authorities from undoing the marriage of a dying gay man who traveled with his partner to marry in Maryland.

Judge Timothy Black extended his previous order, set to expire in less than a week, until Dec. 31, which will protect John Arthur and James Obergefell’s marriage as their lawsuit against state and local authorities proceeds. The order prevents authorities from recording Arthur, who’s dying of Lou Gehrig’s disease, as “single” on his death certificate and not listing Obergefell as his spouse. The couple, who married in Maryland last month, sued to have their marriage recognized in their home state before Arthur’s death so they can be listed as spouses on his death certificate and be buried next to each other on a family plot, located at a cemetery that only allows descendants and spouses.

Oral arguments in the case as scheduled for December 18th, after which the judge may make his order permanent. (Tipped by JMG reader Guy)