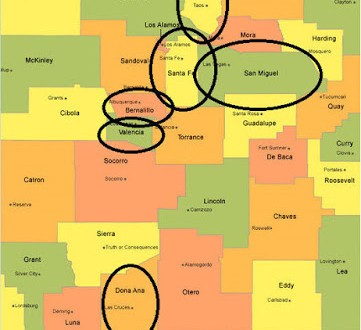 A majority of New Mexicans now live in marriage equality counties. The Los Angeles Times has weighed in on the state’s “quirky path” to equality.

Republican politicians are talking about a lawsuit to stop the weddings, saying that the governance of marriage is up to states. That’s true, but in the case of New Mexico, the state’s governance up to now could best be described as “Hey, whatever.” Gay marriage foes might try legislating against the marriages, but it’s late in the game and any such attempt might be viewed skeptically by courts that see it for what it is: An attempt to take away a civil right that a group already has. It’s a messy way to go about achieving the admirable goal of full recognition for same-sex couples. But then, California’s struggle over marriage rights involved a much more twisted tale. As Shakespeare might put it, the course to true civil rights never did run smooth.

Previous Highest Paid Celebrities Of 2013
Next 50 Years Ago Today