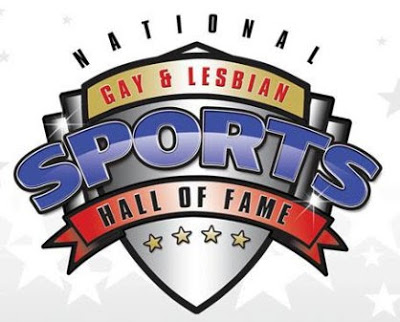 Tonight the National Gay & Lesbian Sports Hall Of Fame will induct its first class of honorees in Chicago.

Dave Pallone, who was part of Chicago history when he umpired the first night game at Wrigley Field, is returning to Chicago to take part in another chapter of American sports history: His inclusion in the inaugural class of what organizers say is the first-of-its-kind National Gay & Lesbian Sports Hall of Fame. On Friday night, Pallone will be honored in the first class of inductees that includes tennis greats Martina Navratilova and Billie Jean King, Olympic diving champion Greg Louganis, and Jason Collins, who in April became the first active male professional athlete in a major team sport to publicly reveal he was gay. “It is a tremendous honor and … I hope it gives young people and adults alike who happen to be LGBT and want to be in professional sports another example of why they should continue to strive for their dreams,” Pallone said.

Being posthumously inducted is late pro baseball player Glenn Burke, who is credited with popularizing the high-five. Burke died of AIDS in 1995.

Previous Sec. Of State John Kerry: Visas Are Now Available For Same-Sex Couples
Next What The Tea Party Wants