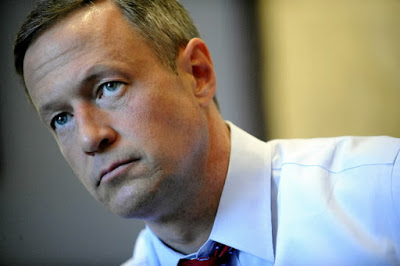 While other top Democrats continue to hold their breath while they wait for word from Hillary Clinton, Maryland Gov. Martin O’Malley this weekend spoke about his own potential 2016 run for president.  Politico reports:

“By the end of this year, we’re on course to have a body of work that lays the framework of the candidacy for 2016,” he told a handful of reporters over a beer in the Hilton bar here. The term-limited governor, at his final National Governors Association meeting, noted that he has delivered a series of high-profile talks recently to flesh out the big issues he would build a run for the Democratic nomination around: a commencement at St. Mary’s College in Maryland, an address on climate change, a Center for American Progress speech about growing the middle class and a speech in Ireland. O’Malley is cutting checks to “like-minded candidates” in Iowa and New Hampshire through his political action committee, which has also begun to ramp up its investment in online and social media.