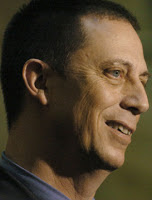 Last year Maryland state GOP Rep. Don Dwyer was arrested for drunk boating after an accident that seriously injured six people, including four children. Dwyer later declared that he’d become a drunk because gay marriage had been legalized in Maryland. He then vowed to join Alcoholics Anonymous after pleading guilty in that case. Yesterday, he was busted once again for DUI.

Dwyer remains a member of the Maryland House Of Delegates and today even some GOP officials are demanding his resignation. (Tipped by JMG reader Chris)

RELATED: In 2011 Dwyer sat next to Maggie Gallagher
during Maryland’s marriage equality hearings, telling the committee
that any state delegate that testified in favor of the bill should be
“arrested for perjury” because saying that gay people deserve equality
“is a lie and they know it.” During the hearings Dwyer presented
documents from the SPLC-certified hate group, MassResistance, claiming
that gay activists want to introduce sadomasochism to grade school
children. Dwyer also recorded an anti-gay robocall for NOM.