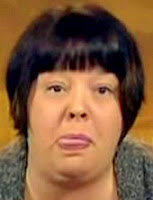 “Governor Christie just endorsed a law that thus excludes many gay
teens who wish to live in accordance with Bible-based values from the
circle of care; he has outright banned chastity as a goal of counseling.
His bill is not only anti-religious, anti-liberty, and anti-family, it
is anti-science because it does not permit scientific knowledge to
evolve in the hands of competent professionals.  The great question
now unfolding in our times is: Will we permit government power to be
used to strip traditional religious believers of our freedom to live as
we choose?” – Maggie Gallagher, writing for the National Review.  Gallagher is the chairperson of the legal group defending “ex-gay” therapy in New Jersey.