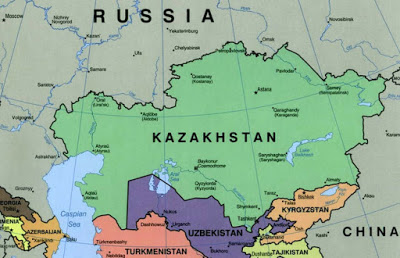 The parliament of Kazakhstan may soon consider its own version of Russia’s ban on “homosexual propaganda.”

Kazakhstan parliament wants to follow in Russia’s footsteps and put through a bill banning homosexuality ‘propaganda’ in Kazakhstan, Tengrinews.kz reports. MPs believe that Kazakhstan needs a law that would route out gay-clubs and ban LGBT community’s pride parades. Member of the Majilis (the Lower Chamber of the Parliament) Aldan Smaiyl reminded that he had brought up the issue back in spring 2013 when he had filed a request to the Prime-Minister calling to ban homosexuality ‘propaganda’. “I asked to ban gay-clubs, demonstrations and any and all of these disgusting relations. I received a reply that Kazakhstan had no such law (allowing to close the clubs),” the deputy said. The deputy plans to lobby adoption of the law after he gets back from the summer vacation in September. He says that his voters that he met during his working trips asked him to support the law. “I will raise this issue in the Social-Cultural Development Committee of the Majilis first, and then talk to the deputies. This should not continue the way they are now,” Smaiyl said.