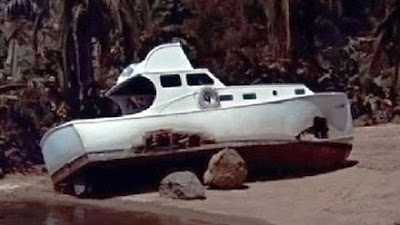 How To Get Away From Gay People

They were hoping for an uncharted desert isle.

A leap of faith that sent an Arizona family bound for the South Pacific in a sailboat has returned them in an airplane after a harrowing ordeal at sea that saw them adrift and nearly out of food in one of the remotest stretches of ocean on the planet. Hannah Gastonguay, 26, and her husband, Sean, 30, were fed up with abortion, homosexuality, taxes and the “state-controlled church” and so “decided to take a leap of faith and see where God led us,” she said. With them were Sean’s father and the couple’s two daughters, one 3 years old and the other an infant. A few weeks into their ultimately 91 days at sea, the Gastonguays encountered “squall after squall after squall” that damaged their boat. Originally on a heading for the archipelago nation of Kiribati near the international dateline, they changed course to the Marquesas Islands, but were unable to reach them either.

The family was rescued by a Venezuelan fishing boat, who transferred them to a Japanese cargo ship, who three weeks later dropped them off on the coast of Chile, where there were hopefully no gay people having abortions on the beach.