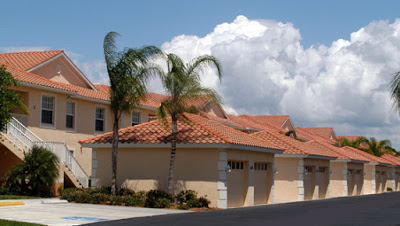 Earlier this month we learned that a condo association in Florida had instituted a new rule which stipulates that their units may only be sold to single people or to legally married “husband and wife” couples. News of the new rule made national headlines and now a lawyer for the condo association has written a new bylaw that reverses the policy.

As the controversy frothed, the board at the 160-unit complex, which is near Jacaranda Boulevard and U.S. 41, remained silent, refusing to explain the new policy. But on Thursday board member Bill Moniz said the intent was never to discriminate. Moniz and attorney Dan Lobeck, who represents the condominium association but did not write the controversial amendment, said the purpose of the amendment was to keep corporations from coming in and buying up multiple units in the neighborhood. “We never wanted to prevent anyone from living here,” Moniz said. “I intend to make this right.”

The condo association has 45 days to approve the new policy, which stipulates that sales may be made to single people or any “two natural persons,” which is legal-speak for “not a corporation.” Many Florida municipalities and some counties have ordinances that protect LGBT residents from housing discrimination, but Sarasota County does not.

Previous Mat Staver To Get “Ex-Gay” Award
Next Bishop Of Honolulu: Gay Marriage Will Force Normal People To Be Re-Educated