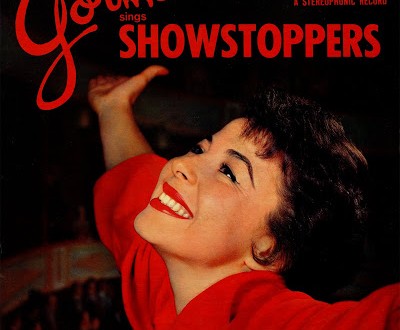 Superstar of the 60s Eydie Gormé, also well-known for her career-long onstage partnership with her husband Steve Lawrence, has died at the age of 84.

“Legendary singer and performer Eydie Gorme passed away peacefully today at Sunrise Hospital following a brief illness,” [spokesman Howard] Bragman said in a statement. “She was surrounded by her husband, son and other loved ones at the time of her death.” In his own statement, Steve Lawrence said: “Eydie has been my partner on stage and in life for more than 55 years. I fell in love with her the moment I saw her and even more the first time I heard her sing.” He added: “While my personal loss is unimaginable, the world has lost one of the greatest pop vocalists of all time.”  A favorite on The Ed Sullivan Show, in showrooms in the Catskills and in Las Vegas – where they married on Dec. 29, 1957, and later took up permanent residence – as well as on stages, including Carnegie Hall, Steve and Eydie, as they were known, sang popular hits of the day, including Broadway standards, and exchanged pointed personal banter – all of which their audiences ate up.

Eydie and Vicki Carr were my dad’s favorite singers.

RELATED: There used to be a great gay-owned record store in Atlanta called E.D.’s Gourmet Records. I stopped in whenever I was in town and the name still makes me smile.