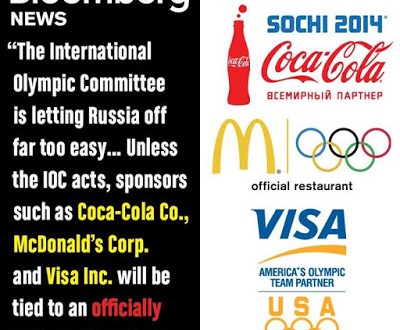 Editorial Of The Day

From from the editorial board of Bloomberg News:

IOC pressure on South Korea’s military dictatorship helped bring about democratic elections before the 1988 Summer Games in Seoul. Ahead of the 2008 Beijing Olympics, the IOC pressed China to drop its law requiring foreign journalists to get government permission before interviewing Chinese citizens. Now, the IOC should be telling Russia to revoke its anti-gay law in order to conform with the Olympic Charter and remain the host of the Winter Games. As the committee has so far shown no such inclination, sponsors of the Olympics and television networks that plan to cover the event ought to push. Otherwise, come February, they may find themselves in an embarrassing mess.