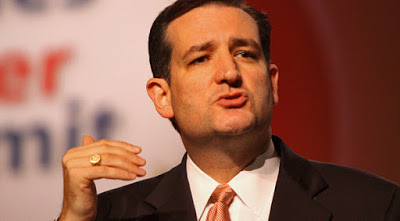 “Now the Dallas Morning News says that I may technically have dual citizenship. Assuming that is true, then sure, I will renounce any Canadian citizenship. Nothing against Canada, but I’m an American by birth and as a U.S. senator; I believe I should be only an American. Because I was a U.S. citizen at birth, because I left Calgary when I was 4 and have lived my entire life since then in the U.S., and because I have never taken affirmative steps to claim Canadian citizenship, I assumed that was the end of the matter.” – Sen. Ted Cruz, in a statement issued last night. In order to renounce, Cruz must pay a $100 CDN filing fee and appear before a judge.

Steffen Schmidt, a political science professor at Iowa State University, predicts the issue will linger. “I am certain that the issue of dual citizenship, which was never an issue with Obama, will percolate through the GOP herd of potential presidential contenders because politics is hardball at best and a contact sport at worst,” Schmidt said. “Any controversy such as birth and citizenship will be material for other Republicans aspiring to the White House to make hay with.”