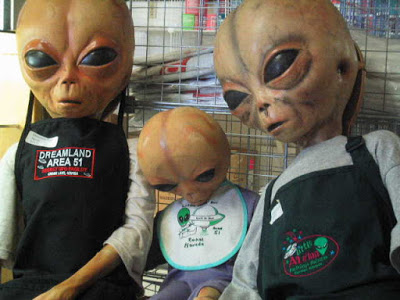 Another blow to the conspiracy theorists.

A newly declassified CIA history from 20 years ago spills the story about Nevada’s Area 51 and its secret mission — which was not to study UFOs, but to test the U-2 and other spy planes. The CIA’s story about the legendary test site is contained in “The Central Intelligence Agency and Overhead Reconnaissance: the U-2 and Oxcart Programs.” The document was approved for release in June, with just a few remaining redactions, in response to a Freedom of Information request filed by George Washington University’s National Security Archive back in 2005. The Groom Lake facility was also used for development of the U-2 spy plane’s successors, including the Lockheed A-12 Oxcart and the D-21 Tagboard. Later on, Area 51 served as a test site for the F-117 stealth fighter. To this day, the area surrounding the facility has been closely guarded, and the airspace is off-limits to civilian air traffic. Such high levels of secrecy, combined with the occasional sightings of strange aircraft, have fueled UFO tales for decades.