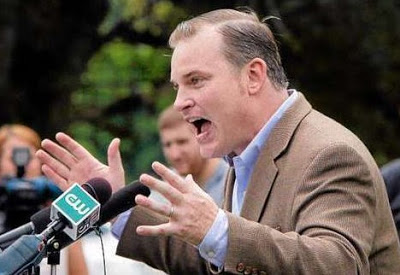 “The National Organization for Marriage has violated no campaign finance rules in Iowa, and we decry the decision by the Iowa Ethics and Campaign Disclosure Board to open an investigation. This inquiry is a witch hunt spawned by a delusional homosexual activist who fancies himself becoming the president of the United States and who is a serial filer of frivolous allegations against us whenever we stand up for traditional marriage. The complaint is another attempt to shut down criticism of activist judges and politicians who wish to redefine marriage. We are concerned about the continual use of the legal system by Karger and other homosexual marriage advocates who are intent on denying us and the people of Iowa their civil rights to defend marriage as God created it.” – Hate group leader Brian Brown, quivering with rage against Fred Karger.