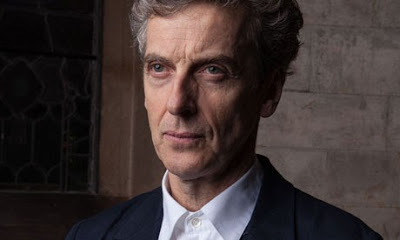 Yesterday BBC America revealed the identity of the 12th doctor since Doctor Who launched 50 years ago.

And the sonic screwdriver goes to Peter Capaldi. The Scottish actor was named the new star of the British sci-fi franchise Doctor Who on Sunday during a live broadcast on BBC America. He will replace the departing Matt Smith, whose time in the time-traveling police box the TARDIS ends later this year. “It’s so wonderful not to keep this secret any longer,” said Capaldi, a lifelong fan of the show. “I haven’t played Doctor Who since I was 9 on the playground.” American audiences most recently saw Capaldi as a World Health Organization doctor in the movie World War Z, and he also has big-screen roles in the upcoming The Fifth Estate this fall and next year’s Maleficent.