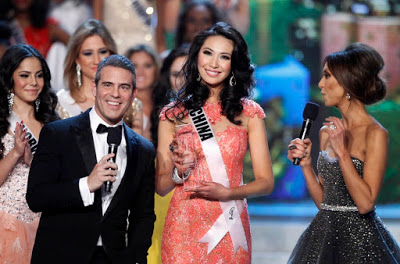 Andy Cohen won’t be returning as the host of Miss Universe next year.

The Watch What Happens Live star told his friend and pageant cohost of the past two years, E! News’ Giuliana Rancic, that he turned it down because “their discriminatory policies make it unsafe for the gays who live there and gays coming to work or visit.” “The law is that anyone under suspicion of homosexuality can be arrested,” he told Rancic, adding that he “didn’t feel right as a gay man stepping foot into Russia.” This is the first time Russia will be hosting the Miss Universe pageant. A petition has been formed to urge the organization to move the competition out of Russia, “where LGBTQ people are under attack.”