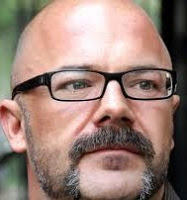 “I’m not generally in favor of boycotts, but I am in favor of civil disobedience. What we have is an invitation to legitimate protest in Sochi. Unpack your rainbow flags! Get ready to be arrested! Expose the neo-fascist regime’s classic tactics to maintain popular support by demonizing an already despised and marginalized minority. Putin wants the attention of the world in Sochi. Let’s make sure he gets it.” – Andrew Sullivan.