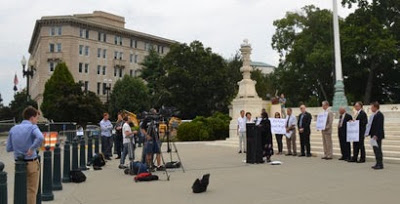 AFA Predicted “Thousands Of Ex-Gays” Would Descend Upon DC Yesterday

Fewer than ten actually showed up, including Richard “Tennis Racket” Cohen and PFOX loser Greg Quinlan, but that’s not what Sandy Rios predicted on her national radio show for the American Family Association. This is their most hilarious fail since “Ex-Gay” Pride Month got canceled, but you can bet all those AFA radio listeners won’t hear about it.