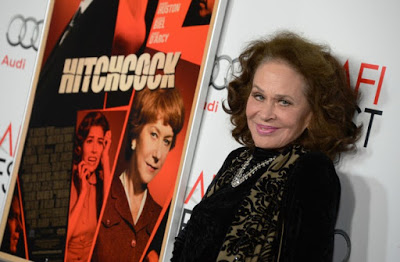 Oscar nominated actress Karen Black, best known for her roles in Easy Rider, Five Easy Pieces, and Nashville, has died after a long battle with cancer. She was 74.

Her husband Steven Eckleberry, who had been chronicling her cancer fight on Black’s blog, announced the news on Facebook on Thursday. “Thank you all for all your prayers and love, they meant so much to her as they did to me,” the Facebook update stated. Black was diagnosed with ampullary cancer of the stomach in November 2010. In March, a fundraising page was set up to help raise donations for experimental treatment in Europe. Black appeared in more than 100 films and often portrayed women who were quirky and threatened. Her breakthrough role came in 1969’s Easy Rider, where she played a New Orleans prostitute who takes LSD with Dennis Hopper and Peter Fonda. The following year she played a waitress alongside Jack Nicholson in 1970’s Five Easy Pieces and earned a supporting-actress Oscar nomination and a Golden Globe.

I’ll most fondly recall Black for her horror films. And, of course, for the voluptuous glam-punk band that bore her name.