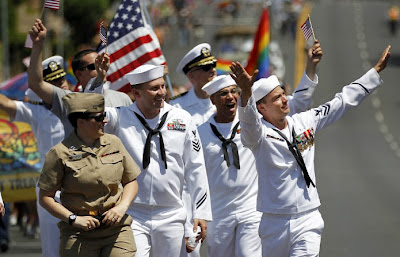 All of last year’s screaming by the right wing was wasted because the Navy has again granted permission for active duty sailors to wear their uniforms at San Diego Pride. Via press release:

The Navy stipulates that pride participants are not to embellish their uniforms with “unauthorized items” and that they may only carry the American flag.

Previous Tweet Of The Day – Gregory Angelo
Next TRAILER: Preachers Of L.A.