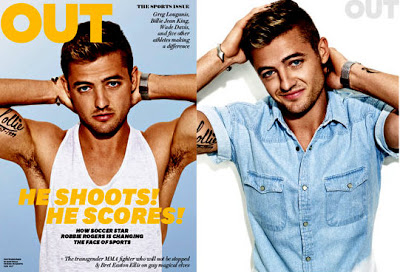 Robbie Rogers tells Out Magazine what he considers to be the best part of now being openly gay:

The biggest thing for me was being in the locker room, again, with a group of guys. Because those are the guys you’re with every day; they become like brothers, guys that you fight and train with every day. I didn’t want to be in a situation where I was a total outcast, where people would be walking on eggshells around me, talking behind my back. They haven’t, but that possibility scared the shit out of me. It was like, I don’t want it to be like that, I don’t want to live my life that way.

Previous Tweet Of The Day – PA Rep. Brian Sims
Next Fischer: Hyper-Masculine Homosexuals Are Pushing Christians Out Of The Military