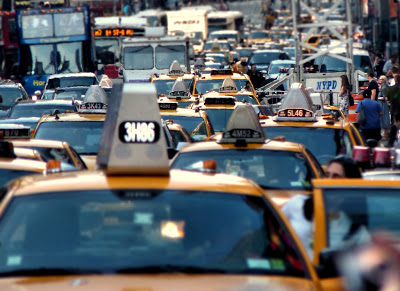 According to AAA estimates, 5.6 million people will abandon the New York City metro area for the holiday weekend.  Highways and public transit are expected to be at peak capacity by mid-afternoon. For those staying in town, this year’s fireworks display has been “curated” by pop star Usher, who has not only created the mixtape that will be simulcast during the show, but has designed some of the firework shells themselves.

“It was hard for me to articulate what I had in my mind, so it took a lot of them giving me sketches of how things could look in the sky and also giving me an idea of what kind of colors I could work with. We went out to the desert. I Instagrammed a few photos of some of the work that they fired off. Some things that are really special, I decided not to show you guys that. The first thing that I said was, ‘This sure does beat the bottlerocket I was shooting off last year.’ In addition to being able to have access to such an incredible moment to convey art and culture, I have something in the middle of it that I can say was specifically made for me.”

Usher’s musical selections include tracks by Kanye West, Rihanna, Kelly Clarkson, Blake Sheldon, and two songs by (shocker) Usher. The 37th Annual Macy’s Fourth Of July Fireworks Celebration ® (yup) begins at 8PM on the Hudson River.  Prime viewing locations are on the West Side Highway between the West Village and Hell’s Kitchen.