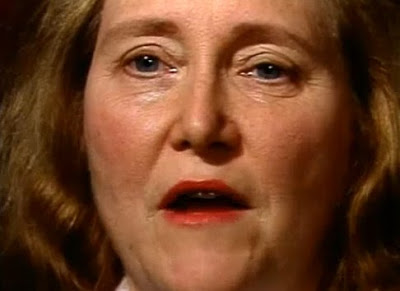 Earlier this week a woman who claims to be able to exorcise the demons out of gay people testified against a Massachusetts bill to ban “ex-gay” therapy for minors. Wayne Besen writes for Truth Wins Out:

Known exorcist, Joanne Highley of Life Ministries in New York City, testified as a key witness on Tuesday in front of the Massachusetts legislature’s JoAnne 300×225 Known Exorcist Testifies Against Massachusetts Bill To Ban Ex Gay TherapyJoint Committee on Children, Families and Persons with Disabilities. She spoke out against a bill filed by Representative Carl Sciortino (D–Medford) that would ban any Massachusetts state-licensed medical, mental health, or human service professional from practicing so-called “conversion or reparative therapy” with minors.
“It was unethical for Highley to conceal the alarming fact that she is an exorcist who tries to extract demons from the bodies of LGBT people,” said Truth Wins Out’s Executive Director Wayne Besen. “This is an extremist who is Exhibit A on why we need this bill to pass. We are grateful for Representative Sciortino’s leadership and critical work to stop child abuse masquerading as legitimate therapy.”

Hit the link, there’s much more to the story.