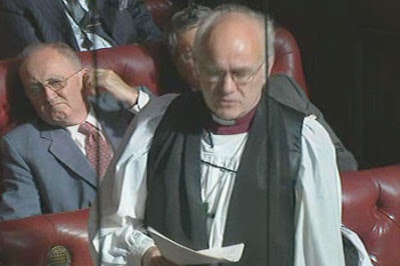 The House Of Lords today wraps up the debate on the report stage of the marriage equality bill for England and Wales. Live streaming video is here.  Pink News is running a live blog here.  Earlier today an amendment that would have stipulated a difference between opposite and same-sex marriage was withdrawn.

Amendment 85, introduced by Lord Armstrong of Ilminster, a life peer, was withdrawn following several peers noting that a similar amendment was voted on, and rejected on Monday; the first day of Report Stage. Baroness Thornton said the amendment was “ingenuous”, in that it “seeks to wreck the bill through secondary legislation”. She questioned how same-sex marriage undermines opposite sex marriage, and saying that the amendement would have undermined the very point of the bill.

Previous New Jersey Poll: 60% Back Marriage
Next Circuit21 – Love In The Shadows