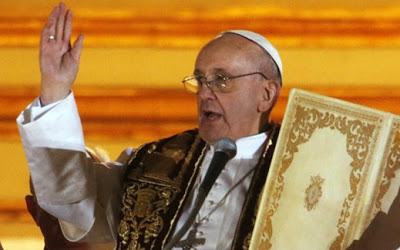 Pope Francis today “overhauled” the criminal code at Vatican City and NOW the possession of child pornography will send you to Vatican prison, whatever that is.

The legislation covers clergy and lay people who live and work in Vatican City and is different from the canon law, which covers the universal Catholic Church. The bulk of the Vatican’s penal code is based on the 1889 Italian code. Many of the new provisions were necessary to bring the city state’s legal system up to date after the Holy See signed international treaties, such as the U.N. Convention on the Rights of the Child.

Also now illegal is the leaking of Vatican secrets.

In an indication of how serious the Vatican considers such confidentiality, the penalties for violations of the new law are stiff: Anyone who reveals or receives confidential information or documentation risks six months to two years in prison and a $2,500 fine; the penalty goes up to eight years in prison if the material concerns the “fundamental interests” of the Holy See or its diplomatic relations with other countries.

Previous Fischer: Hyper-Masculine Homosexuals Are Pushing Christians Out Of The Military
Next Corey Feldman – Ascension Millennium