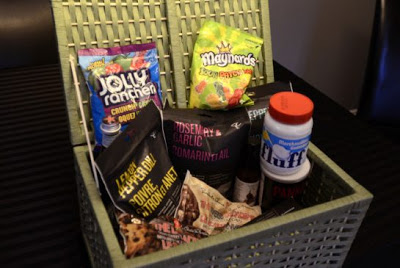 The Advent Of The Lesbian Bridezilla

Today’s Toronto Star features a story about how a lesbian bride reacted to a wedding gift basket.  As JMG reader David notes via email, perhaps the most interesting part of the story is how the bride’s sexual orientation isn’t even mentioned other than in a passing reference to her bride.

Consider this: you attend the wedding of a casual acquaintance. You opt for your go-to gift — a basket filled with fancy salsas, oil, biscuits, marshmallow spread and more. You sign the card, “Life is delicious — enjoy!” Later, you get a text from the bride — “I want to thank you for coming to the wedding Friday,” it begins. “I’m not sure if it’s the first wedding you have been to, but for your next wedding … people give envelopes. I lost out on $200 covering you and your dates plate . … and got fluffy whip and sour patch kids in return. Just a heads-up for the future.”

It sounds like a Miss Manners hypothetical, but this was the drama that played out at a recent Hamilton wedding. Kathy Mason and her boyfriend gifted a food basket to Laura (who declined to give her last name) and her bride. When Laura suggested Mason poll “normal functioning people” about her basket-giving blunder, Mason brought the question to The Spectator and the Burlington Mamas Facebook group, where it garnered more than 200 responses in less than 24 hours. Even those who agreed cash was a more appropriate gift thought the bride’s reaction was rude.

A poll at the newspaper’s site shows that by a 9-1 margin, readers feel the bride was in the wrong.  Readers are evenly split as to whether the gift itself was tacky.