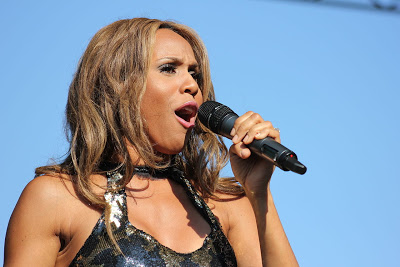 New York, June 17, 2013— NYC Pride announced singing sensation Deborah Cox will perform at the annual Dance on the Pier. Fresh off her captivating Broadway performance as Lucy in “Jekyll & Hyde,” the Grammy-nominated and multiplatinum-selling artist will rock the stage on Hudson River Park’s Pier 26 as part of the closing for NYC Pride’s official events. Under open sky and surrounded by the New York City skyline, Deborah Cox will wow crowds with her sultry songs of love, pain and acceptance. As an advocate for human rights, her voice accentuates the progress LGBT Americans have made towards the equal recognition of love.

Get tickets here. NYC Pride will announce a second performer tomorrow. I already know who it is and you will totally squee.

Previous Today In Christian Love
Next TODAY: SiriusXM At 2:30PM