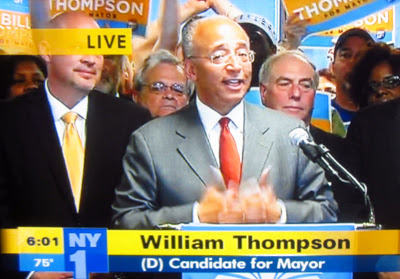 Democratic mayoral candidate and former NYC Comptroller Bill Thompson, who lost to Bloomberg by only four points in 2009, tonight received the endorsement of the city’s 200,000-member teachers union. Tonight all seven declared Democratic mayoral candidates will debate at Hunter College on the Upper East Side. The debate will be carried live by NY1 and should prove quite lively.