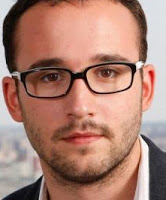 Chaim Levin, now 24, claimed in a Brooklyn Supreme Court lawsuit that he was repeatedly molested by his first cousin Sholom Eichler at a synagogue, at a relative’s home and at an upstate bungalow where the family vacationed. Levin contended that between 1996 and 1999, he was forced to perform oral sex and was once sodomized with a pen by Eichler, starting when he was 6 years old. The abuse mostly occurred at Eichler’s home on Eastern Parkway and the synagogue Vishnitz, on Montgomery St. in Crown Heights, according to the suit. “It was pretty brutal. It was killing me, but I was too afraid to tell anyone,” Levin said. A court referee ordered Eichler to pay Levin $1 million for pain and suffering and $2.5 million for future pain and suffering due to the repeated assaults, said Levin’s lawyer, David Krangle.

It remains unclear whether Levin will ever collect his judgment as Eichler, the son of wealthy retailers, has fled to Israel and did not appear in court to deny the charges. Brooklyn prosecutors were unable to bring a criminal complaint due to the statute of limitations, but Israeli prosecutors are reportedly investigating whether molestations also took place there during a trip Eichler and Levin made to Jerusalem in 1999.

RELATED:  In 2010 Levin and I attended the Truth Wins Out picket of NARTH’s annual convention in Philadelphia.  In the driveway of the host hotel, Levin described to us how his “ex-gay” counselor at JONAH had instructed him to strip naked and fondle his own genitals as the counselor watched. This “therapy” was ordered so that Levin could “get in touch” with his “true masculinity.”