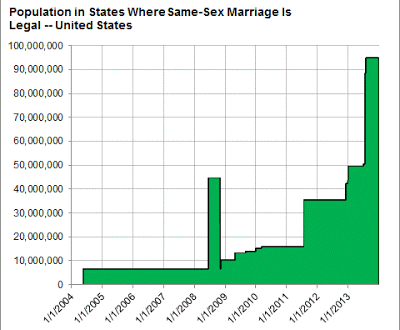 Silver notes that with the addition of California, 30% of Americans will have access to same-sex marriage in their home states. By comparison, 23% of Europeans do.