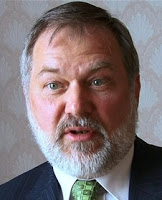 “In anticipation of this sad day many former Exodus member organizations broke away months ago and formed a new organization, the Restored Hope Network. RHN will carry on the important work of the church in helping homosexuals to recover from same-sex attraction disorder. I applaud the courage of these men and women to remain true to Scripture in the face of intense hostility and persecution from the ‘gay’ movement and its many powerful allies. Their ministry will not be made any easier by the triumphal gloating and attacks of their now greatly emboldened detractors. It was this same relentless grinding hostility that undoubtedly contributed to the fall of Alan Chambers (few can bear it for long, just ask the Boy Scouts), but in addition to this ‘stick’ there was also a ‘carrot’ that led him astray: an insidious form of ‘gay’ theology that misrepresents God’s grace as a license to sin, or at least a license to embrace a personal identity defined by a desire to indulge in homosexual sin.” – Hate group leader Scott Lively, writing on his blog.