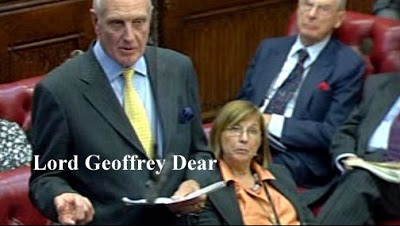 Lord Geoffrey Dear, whose “wrecking amendment” failed to stop marriage equality from progressing in the House Of Lords last week, is at it again.  Dear’s just-presented amendment would prohibit the punishment of anti-gay discrimination based on “belief in traditional marriage.” Unlike similar amendments presented in many US state legislatures, Dear’s does not explicitly mention religious belief.  The bill is presently in the committee stage and gets its third and final reading on July 15th.