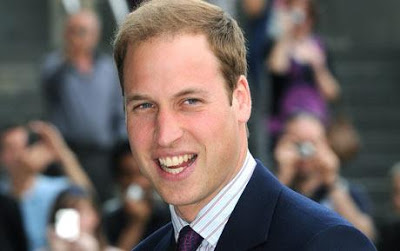 Britain’s future king has Indian ancestry on his late mother’s side, according to DNA analysis. The Indian Express reports:

Prince William, second-in-line to the throne, will be first British king with proven Indian ancestry, DNA analysis has revealed. The DNA analysis of saliva samples taken from the Duke of Cambridge’s relatives have established a direct lineage between the 30-year-old prince and an Indian housekeeper on his mother Princess Diana’s side.

It is his only non-European DNA and means he will become the first Head of the Commonwealth with a clear genetic link to its most populous nation, India. William is now likely to be encouraged to make his debut mission to India soon after the birth of his baby next month.

Researchers have uncovered the details of his lineage via a doomed relationship of William’s Indian great-great-great-great-great grandmother. Eliza Kewark was housekeeper to Prince William’s great grandfather Theodore Forbes (1788-1820), a Scottish merchant who worked for the East India Company in the port town of Surat in Gujarat.

A DNA sample was provided by Princess Diana’s maternal aunt, who says she is delighted to learn that she is part-Indian.