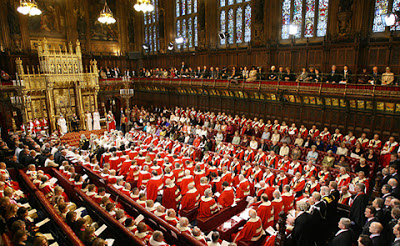 BRITAIN: Bishops May Abstain On Marriage Vote In The House Of Lords

Despite vocal opposition from the Church to the Government’s plans to allow same-sex couples to marry, it is understood that senior officials have personally urged bishops to stay away from this week’s vote. They fear that a large bloc of clerics turning up to vote down the bill could rebound on the Church, reopening questions over the right of bishops to sit in the Lords and even raise the prospect of disestablishment.

They have also told bishops privately that they are convinced the bill, which includes legal “locks” to prevent clergy being forced to carry out same-sex weddings against their beliefs, is the “best” they could hope to achieve. It comes amid warnings of a “dangerous” constitutional stand-off between the Commons and the Lords if peers vote to reject the bill, which has already received strong backing from MPs.

The Church of England seats 26 bishops in the House Of Lords, which presently has about 750 members. Debate continues today and the vote is expected tomorrow.

LIVE VIDEO: The House of Lords comes into session at 2:30pm local time (9:30am NYC time) and there will be a live video stream here.