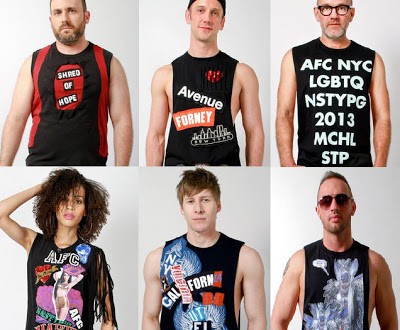 RELATED: Tonight Nasty Pig will host a VIP launch party for the auction. I’ll be there trying not to have the usual fanboy freakout that happens whenever I’m around Fred Schneider. Lots of photos tomorrow!

UPDATE: The Shred Of Hope site has crashed under high traffic. You can view and bid on the shirts directly on eBay.