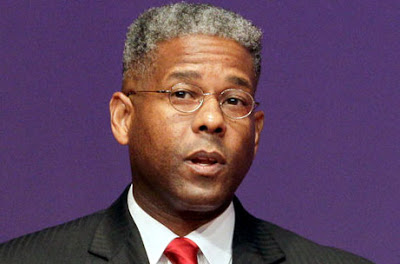 Tea Party hero Allen West couldn’t win a second term in the House, so naturally he thinks he’s ready to be president. Via the wingnut National Review:

Colonel Allen West, the former Republican congressman from Florida and one of the reasons to join National Review’s Norwegian Fjords Cruise this summer, revealed that he is considering running for the presidency in 2016 on Sean Hannity’s radio program Tuesday. West, who lost his bid for Florida’s 18th congressional district in 2012 after a prolonged post-election battle over voter fraud, said that he will make himself “available to run” for any office he is called to serve in by the American people. “I don’t think we should ever elect someone who wants to be president,” the veteran stated. “We should elect someone who is called to be president.” West, it seems, is open to receiving that call.